On Thursday afternoon the community came out to help UMass Lowell celebrate the grand opening of University Suites, a $54 million residence hall across the street from LeLacheur Park.

The boldly-colored 148,000 square-foot  complex is home to 472 students, including members of the Commonwealth Honors Program. It includes 88 for-and-six bed suites with kitchenettes and living rooms.

University Suites is home to the Hawk’s Nest Cafe, which is open to the public and offers quick grab and go meals during the day and Asian fusion cuisine at night. Other offerings open to the public include Red Mango frozen yogurt and Starbucks Coffee.

University Suites is the sixth new building UMass Lowell has opened in the last year. 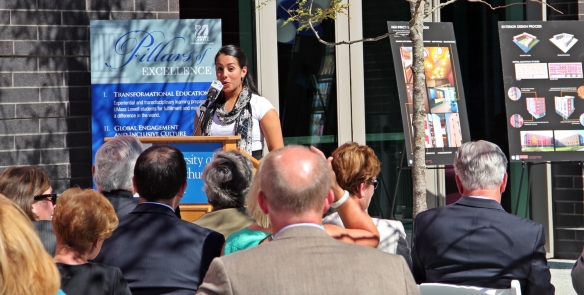 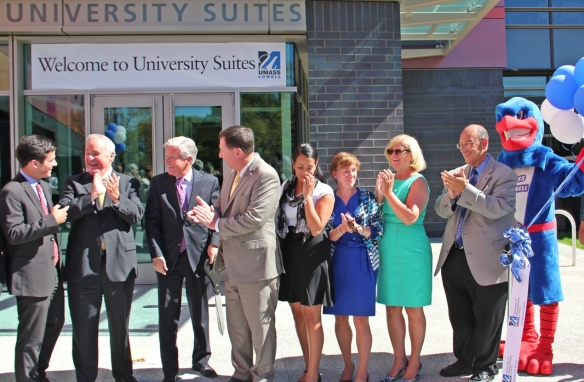