They say Lowell politics is a blood sport. That has never been truer than in the 1926 mayoral race (back in the strong mayor days).

In the early morning hours of Monday November 15, 1926, May Mahan, wife of Lowell Police officer and mayoral candidate John W. Mahan, reported her husband had been kidnapped; snatched from their apartment at 466 Merrimack St. by four masked men. 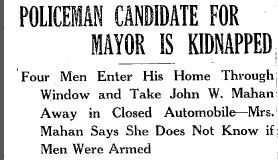 Mrs. Mahan said she heard her husband return home at 12:30 a.m. and 15 minutes later heard a crash followed by a gruff voice saying “Come along. We want you. Come with us – -hurry up. No fooling now.”

Mrs. Mahan ran from her bedroom and looking out the window witnessed the men push her husband into a car across the street and drive away.

It appeared the thugs had broken into the apartment by ripping an iron screen off a window accessible from a flat roof one story off the ground.

Candidate Mahan was not seen or heard from that entire day – until it was time for the candidates’ forum for Mayoral, City Council and School Committee candidates at the Lowell Memorial Auditorium.

And oh what a forum it was! Let’s pause for a moment and let this sink in – 5,000 audience members filled the LMA, while another 6,000 were outside “clamoring for admission.” ELEVEN THOUSAND people turned out for a candidates forum!

In the last six years, I cannot recall a forum that has drawn more than 100 gawkers.

Anyway, back to Mahan. He was one of 10 candidates in the mayoral primary. He reemerged from his kidnapping ordeal just in time for the forum, sporting a lump under one eye. 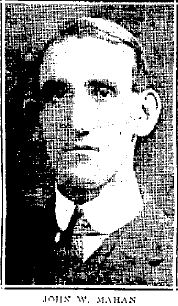 He told the crowd four men, one who jammed a gun into his side, had nabbed him, bound and gagged him, then stole $137 and his gold watch.

“He asked for a cigarette and they blew smoke in his face,” the Sun reported. “They kicked him in the face.”

Mahan said the outlaws drove him around for several hours and then left him in an abandoned house near Providence, Rhode Island. At noon he managed to untie himself, hitch a ride on a truck to Milton, then one to Boston and finally one to Lowell.

“His clothes were torn to shreds,” the Sun reported.

Being kidnapped by bandits wasn’t the only trouble candidate Mahan got himself into that day. During his speech at the candidates’ forum, Mahan referred to LPD Officer Alfred J. Cooney of the Vice Squad as having been the “ticket taker at a camp in Tyngsboro where booze was being sold and a hula hula dancer was entertaining.” 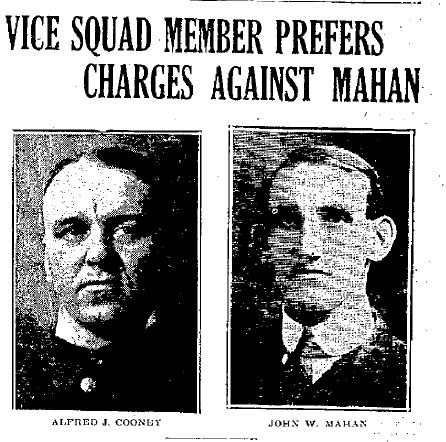 Cooney said the comments were libelous and filed an internal complaint against Mahan, who was suspended without pay for six months by LPD Superintendent Hugh Downey. When the six months was up, the state’s Civil Service Commission refused his reinstatement, extending the suspension by an additional six weeks.

And in case you were wondering, Mahan was not successful in his mayoral bid. In fact, he only received 40 votes. The two candidates who survived the primary were Thomas Corbett (7,054 votes) and Thomas Braden (6,045 votes). 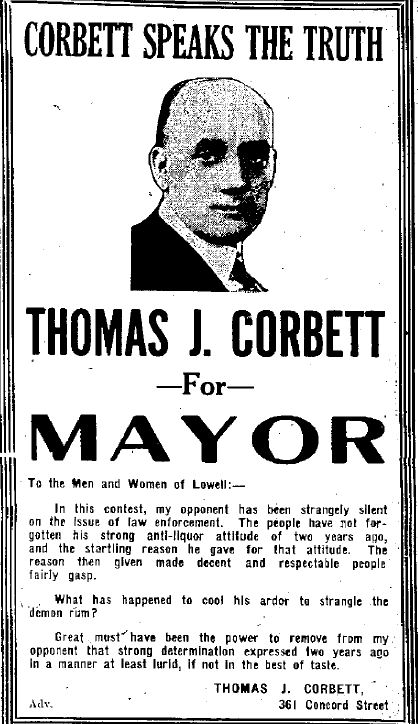 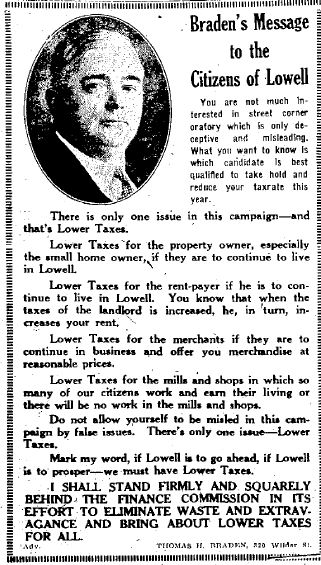 Corbett claimed victory in the December 7 general election, following a week-long  recount, with a vote tally of 15,395 to 15,303.